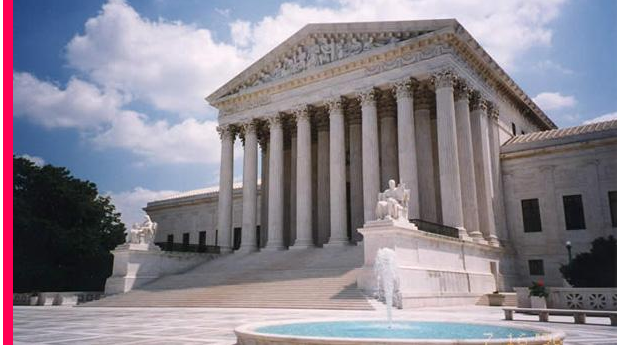 In a landmark case for the videogame industry, the United States Supreme Court has ruled against California's video game violence law in the Brown v. Entertainment Merchants Association, declaring it unconstitutional.

The decision of the nine Justices was announced today, the law ruled invalid with a vote of 7-2. The court's full decision can be read here.

The ruling will offer the same legal protection that books, plays, and movies enjoy, saying that games “communicate ideas through familiar literary devices and features distinctive to the medium.

The court also dismissed the unconvincing evidence of studies into links between videogame violence and violent behaviour in players.

"Psychological studies purporting to show a connection between exposureto violent video games and harmful effects on children do not prove that such exposure causes minors to act aggressively. Any demonstrated effects are both small and indistinguishable from effects produced by other media."

It goes on to point out that since California has "declined to restrict" other media, such as saturday morning cartoons, its videogame regulation is "wildly underinclusive" and raises doubts about whether the State is "pursuing the interest it invokes or is instead disfavoring a particular speaker or viewpoint."

The bill, which was written by California State Senator Leland Yee and signed into law by former California Governor Arnold Schwarzenegger in 2005, proposed that violent videogames should be classed as X-rated entertainment and made it a felony to sell such games to anyone under 18.

Oral arguments began last year, in which the EMA set out its case against the bill to the supreme court.

"The court’s decision goes to great length to compare video games with other forms of expression (from comic books to movies), and even highlights the degree of gore found in the clearly-acceptable Snow White," University of East Anglia Law School lecturer Dr. Daithí Mac Síthigh told us. "Not only did this confirm that games are being taken seriously at the highest legal levels, it also placed a heavy burden on California to justify the restriction.  The court wasn't persuaded in the slightest by the evidence put forward regarding a link between gaming and aggression - which must come as a disappointment to those who have been arguing these theories for some time.

"The need to be aware of specific issues for under-18s /was/ noted, but even this wasn't enough to justify the intervention. In the US, this means that the self-regulatory system of the ESA will continue to be the main form of video game regulation for some time, and other states that had considered following [http://www.next-gen.biz/news/eleven-states-back-california-game-law] California’s lead will probably cease their efforts."

Síthigh adds that UK developers already dealing with multiple ratings systems around the world will be relieved that they don't have to add a California-only system to the list.

While this is clearly a great result for the US game industry, it could have potential ramifications for the UK where PEGI and BBFC represent existing self-regulatory and statutory controls.

"Should there be other disputes on the application of videogame law, the findings of the American courts may be useful - particularly as regards the impact of any regulatory decision on the right to freedom of expression as contained in the Human Rights Act," explains Síthigh. "However, the BBFC already takes the HRA into account and one assumes that this will continue under the Video Standards Council for PEGI."

Here are a few article sourced from the excellent Beauchamp College Media blog which really is worth a look through for all of AS media.

These articles explore the growing market for online gaming through social networks and the internet which is now becoming a billion dollar concern thanks to the success of such companies as Zynga.

This article from the Guardian explains that Google see games as crucial to establishing a social network to network with Facebook, which they see as a their main rival for online advertising revenue. Here's video to watch as well.

The last paragraph on this PC World article attempts to explain why Facebook is so important. One way of thinking about this is that for casual gamers (as opposed to hardcore) the games come to them on Facebook - they don't have to go to get a console, a telly, a game - all they have to do is log on Facebook.

Have a look at this article on gigaom that focuses on mobile social gaming as it outlines different ways of monetising the products and the last paragraph touches on the issue of proliferation.

This article from the Social Times, looks at the economies of social gaming, of particular interest is the paragraph on generating revenue through non-advertising revenue:

'While numerous gaming companies are generating revenue through advertising sources, Playdom has opted to generate most revenue through micro-transactions, primarily consisting of virtual goods sales. Right now these micro-transactions account for 90 percent of Playdom’s revenue. Approximately 2 percent of the company’s user base pays for virtual goods. So how much do the paying users spend?

According to Pleasants, if the average paying user for a game is paying $20 a month for 3 to 6 months, it’s considered a successful game. With these numbers, you can quickly do the math on how much revenue is being generated. Let’s use Farmville as an example. The application currently averages around 30 million daily active users. That means 600,000 are paying each day. If each of those paying users are generating $20 a month, that application alone is generating $12 million each month, or almost $150 million a year.'

This Business Insider article is a real eye opener particularly when it explains the amount of money Zynga brings to Facebook:

'But what's really amazing is that Facebook makes loads of money from both of these companies and their competitors. Groupon and all its clones buy lots of Facebook ads – about a third of all the ads Facebook sells, in fact, a source at a Facebook-ad buying firm tells us. Zynga and the other social games publishers buy another third. These gamesmakers also pay a 30% tax to Facebook for use of its credits system. Facebook revenues from the games business was around $400 million in 2010, we recently heard.'

So Facebook tax Zynga's profits at 30% for use of the social network AND a third of ad revenue is from these games company.

Lastly, here's Mark Zuckerberg talking about Facebook - it's an hour long so perhaps put in on in the background when you're ironing.

Here's an interesting video about the conflict between developers and publishers in the games industry that has always been a delicately poised relationship but has become big news recently due to the fall out between Call of Duty developers, Infinity Ward, and their publishers, Activision.

Here's a couple of other resources which might help get your head around Media Ownership, but they don't focus on the games industry. Here's a vid on how Media Ownership (and synergy to a degree) has help the band The Fray and an article on how the mass media is split up in terms of ownership between 6 multi-national companies.

Right, this grid is only a suggestion, as it might just end up confusing you, it's just that quite often, the exam question asks you to apply your understanding of certain concepts (synergy, media convergence etc.) to certain stages of the production model (developer to consumer).
So part the challenge in G322 is not just retaining the information about GTA4 or Red Dead but organising in a way so you can talk about the relevant bits of the case study in the exam.

Use this grid after looking at this post here for GTA 4, or completing the Red Dead Prezi and worksheets. 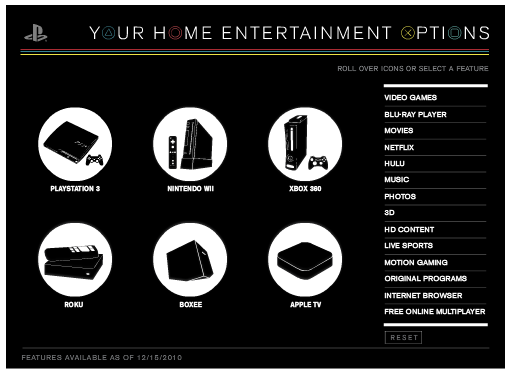 Click here to find a cracking infographic that illustrates the numerous functions games console fulfil these days, as each one is far from being just a games machine. Be aware though that this is for US consumers so services such as Hulu isn't availble in the UK. And here's a clip that features the role of games consoles in the future of TV in the online age.
Browse the Archive »